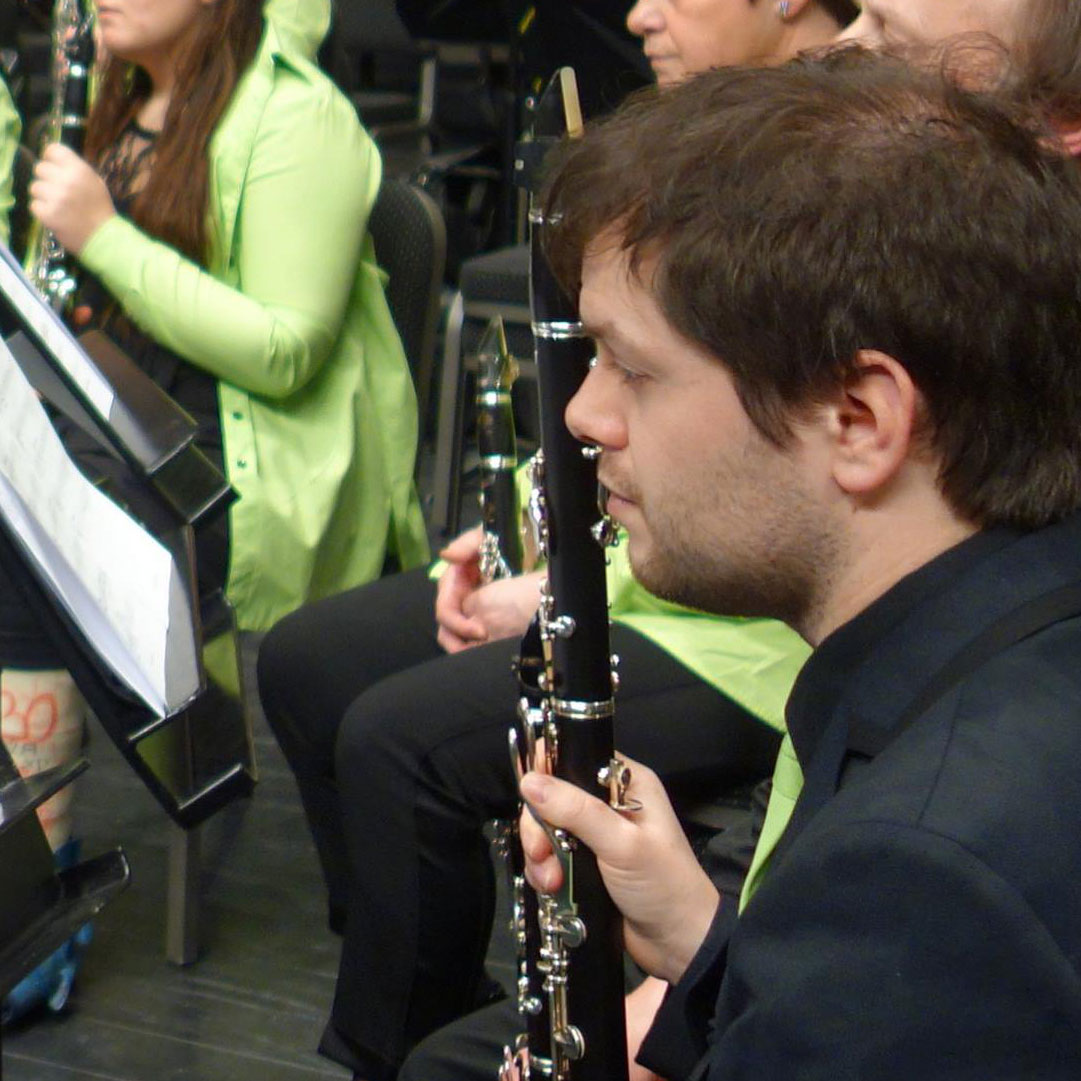 Claribel was founded in September 1992 by Guido Six, professor of clarinet at the Conservatory at Sea in Ostend, Belgium. Since 1989, Guido had organized a three day clarinet camp for his students. Each year the students were asked to perform the program they had studied intensely during the camp. They enjoyed playing in a choir so much that they asked Guido to start a more permanent ensemble.

From the very beginning the main goals of Claribel have been to promote the clarinet, the promotion, ensemble playing, and original (Flemish) music for clarinet choir. Roland Cardon, Norbert Goddaer, Bart Picqueur and Willy Soenen became the “composers-in-residence” and contributed a lot to the expansion of the original repertoire for this kind of ensemble. The American composers James Balentine, Warren Barker, James Cohn, Jane Ellen and Joseph Spaniola joined their Flemish colleagues in writing new compositions that Claribel performed at the ClarinetFests of 1994 (Chicago), 1996 (Paris), 1997 (Lubbock), 1999 (Ostend), 2000 (Oklahoma), and 2003 (Salt Lake City).

In 2005, the Board of Directors of the Midwest Convention invited Claribel for the very first clinic/concert given by a clarinet choir. In 1999 Claribel hosted the ClarinetFest at the occasion of the 150th anniversary of the Conservatory of Music. They offered the clarinet world the most international and most wonderful conference ever with over 50 nationalities on stage and in the audience. 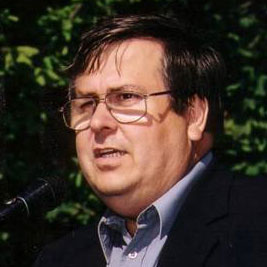 Guido Six received his first music lessons in the local community band 'Onder Ons' in his native city of Wervik before joining the Academy of Music in Menin where he won the Medal of the Government in clarinet performance. In 1973 he attended the Royal Conservatory of Music in Ghent where he obtained First Prizes in music theory, transposition, clarinet, chamber music, harmony and counterpoint and also the Higher Diploma in clarinet performance and the Master Degree in chamber music.

He joined the band of the National Police as principal clarinet at the age of 18. In 1976, he started teaching at the Academies of Music in Menin, Waregem and Furnes. In 1983 he left the Police Band to become a fulltime clarinet and ensemble teacher at the Academy in Furnes and at the Conservatory at Sea in Ostend. In 1985 he joined the faculty of the pedagogy department of the Royal Conservatory in Ghent where he taught clarinet pedagogy and literature.

He was the director of the Conservatory at Sea in Ostend since July 1994. Guido Six and his son Jef died in a tragic road accident in October 2015. 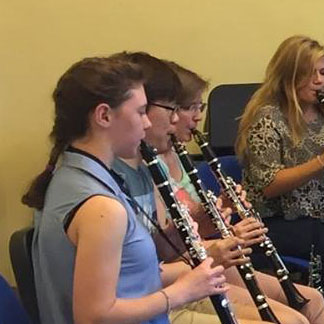 After the unexpected and sudden passing of Guido, the group unanimously decided to continue the work of Guido in promoting the playing of ensemble music, the clarinet in general, and Belgian compositions.

Claribel organizes the annual Belgian Clarinet Academy for young professionals in Ostend, Belgium. Guido was already preparing to host ClarinetFest® 2018. Guido's wife Chantal, his son Bert, his brother Gaby, and Eddy Vanoosthuyse are now working very hard to fulfill his wishes and to bring the clarinet world a ClarinetFest® that will be remembered for years to come!

Of course, Claribel is also continuing to make music! The group will be performing at the 2017 ClarinetFest® in Orlando, Florida. We also have numerous concerts planned for the near future. Many of our composers-in-residence and a lot of new composers are currently creating new music.

Bart Picqueur and Henk Soenen, both long time members of Claribel and excellent musicians, were selected as musical leaders of the Claribel Clarinet Choir Guido Six. 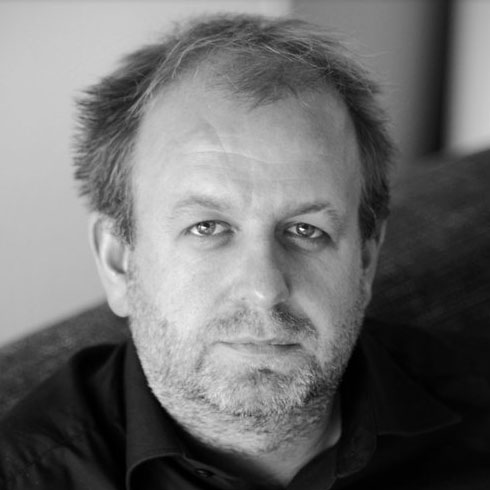 Bart Picqueur (°1972) received his professional music education at the Royal Conservatory of Ghent, currently known as the School of Arts. In this institution he obtained master degrees in conducting and clarinet, as well as a pedagogical diploma. His teachers include: Freddy Arteel, Dirk Brossé & Fabrice Bollon.

His works have been performed and recorded by world class orchestras such as the Royal Band of the Belgian Guides, the Osaka Municipal Band, the RBO Leipzig, The Royal Military Band of the Netherlands, etc.

Bart Picqueur is also principal conductor of the “Koninklijke Harmonie Ste. Cecilia Zele” (his hometown band in which he musically grew up), and is frequently asked to be a guest conductor and lecturer both in Belgium and abroad. 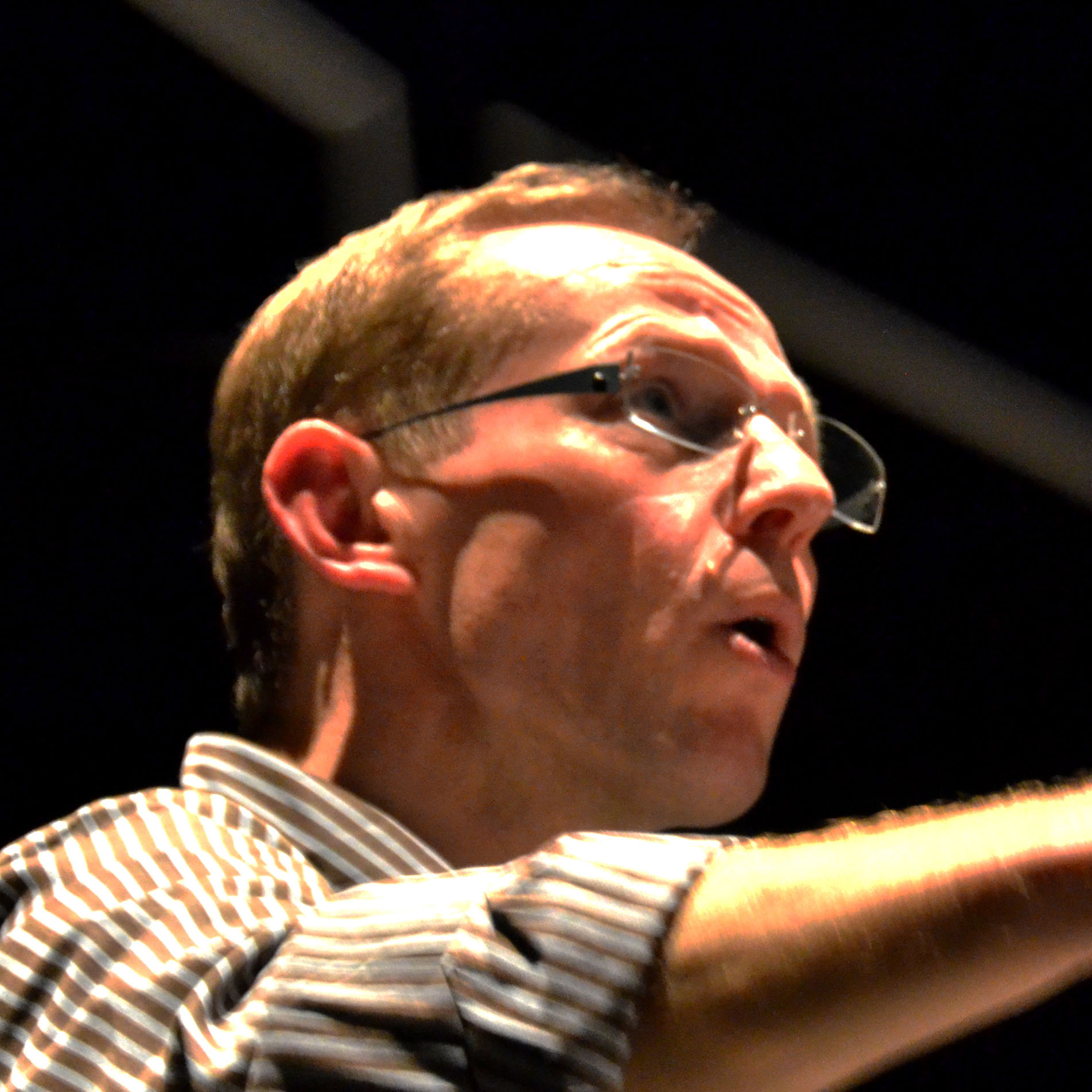 At the age of 18, Henk Soenen was the first prize winner of a competition for young soloists in his country. He later studied music in Ghent (Belgium) at the Royal Conservatory of Music, where he received several pedagogical degrees as well as a first prize in theory of harmony and his master’s degree in clarinet (with Freddy Arteel) and chamber music. Next, he studied conducting in Utrecht, The Netherlands (with Jurjen Hempel, Kenneth Montgomery and master-class with Peter Eötvös). Henk Soenen won the Van Guchte Prize for clarinet, Ghent 1986, the Muzikon Prize (chamber music) and a second prize in the Orpheus competition for contemporary chamber music (Antwerp, Belgium).

Additional study for clarinet was with Don Oehler and Freddy Arteel at the Cours International de Musique (Morges, Switzerland), and with Sjef Douwes and Andrew Marriner at the Orlando-Festival (Kerkrade, The Netherlands). As principal clarinetist on summer courses for orchestral playing, Soenen appeared both at home and abroad (e.g. Japanunder the direction of Dirk Brossé). He has appeared with many orchestras: I Fiamminghi, Collegium Instrumentale Brugense, Prima La Musica, Flemish Radio Orchestra, Flanders Symphonic Orchestra. Many of his performances have been recorded and broadcast.

At the Flanders Festival he appeared with Zoë Hwang, finalist of the Queen Elisabeth Competition, Brussels. "We were hearing a magnificient Schubert in which, besides Levente Kende, also the young clarinetist Henk Soenen appeared. Last named realized with a remarkable fine sound an intense beautiful melancholy-mused part" (De Gentenaar)

As a soloist he frequently appears with bands of the army in his country and the chamber orchestra of his brother Geert, the Accademia Amante dell’ Arte. He is teacher at the Conservatory at Sea in Ostend and The Academy of Music and Drama in Tielt (Belgium). He is also a member of the Grupetto Ensemble, Claribel and the Wodegin Duo.

Henk Soenen is conductor of the Wind Group Ghent and the Operette Group Kunst Veredelt Roeselare. For the International Clarinet Association Henk Soenen appeared for the first time in Ghent in 1993 "...We were allowed to hear this fine young player later in the week performing another of his father’s works on the conference’s final concert…It allowed the younger Soenen to display his impressive musical and technical gifts to the fullest, and his performance received a well-deserved, enthusiastic ovation (one of the noisiest of the week!)..." (The Clarinet)

In 1995 he was invited by Dr. R. Spring to perform the ‘Concerto for Henk’ a second time for the I.C.A. (this time in Tempe, Arizona). Robert Walzel ordered another piece (Tango and Tarantella) by Willy Soenen, and Henk played the first performance in Lubbock 1997. At the Clarinetfest 1999 in Ostend, Henk Soenen did the first performance of the ‘Concerto for Clarinet and Orchestra’ by Willy Soenen with the Flemish Radio Orchestra conducted by Dirk Brossé. In Oporto 2009 Henk Soenen performed the ‘Concertino for Eddy’ by Willy Soenen. This piece was ordered by Eddy Vanoosthuyse to be performed at the Midwest Convention in Chicago 2004. 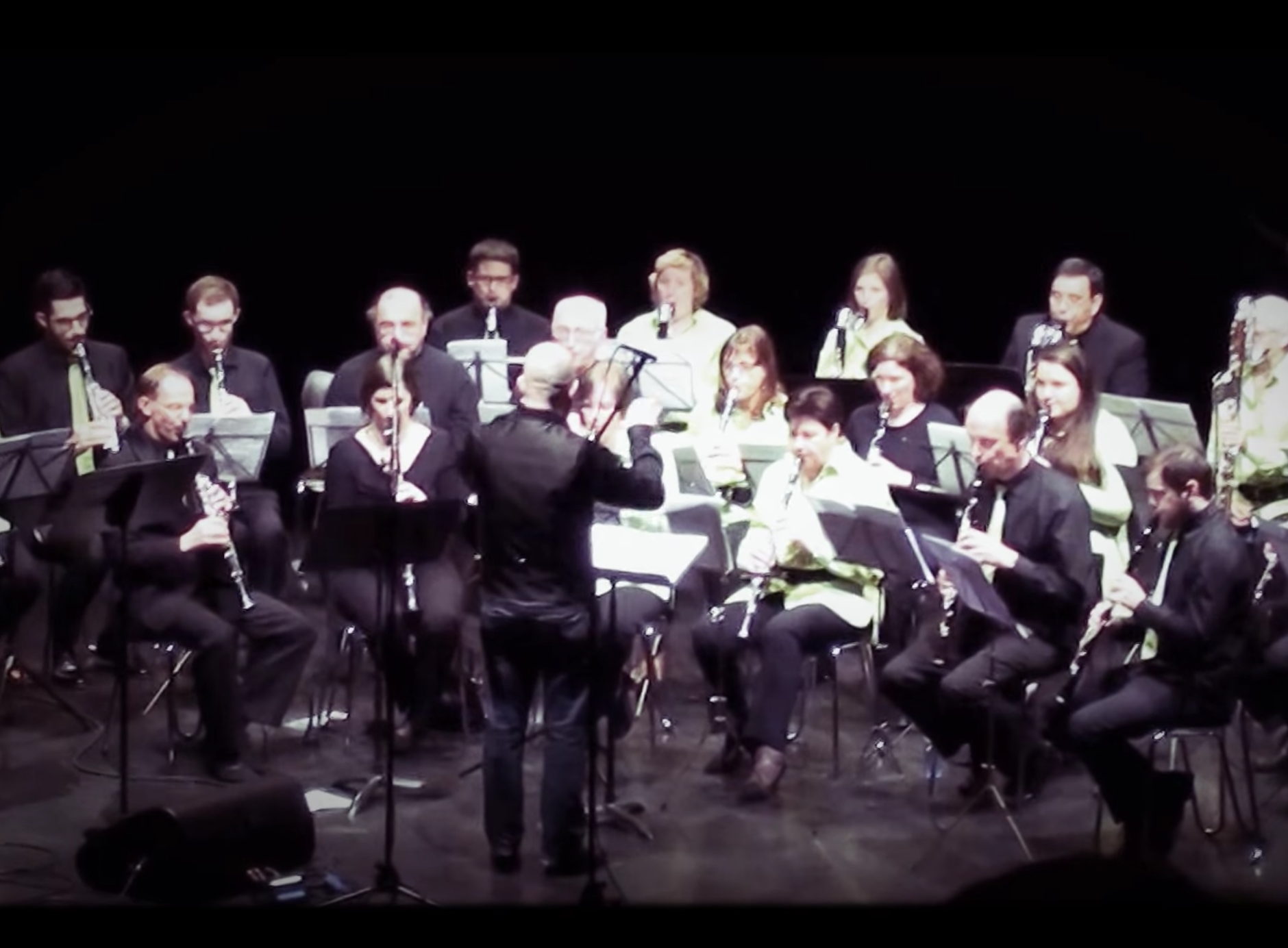 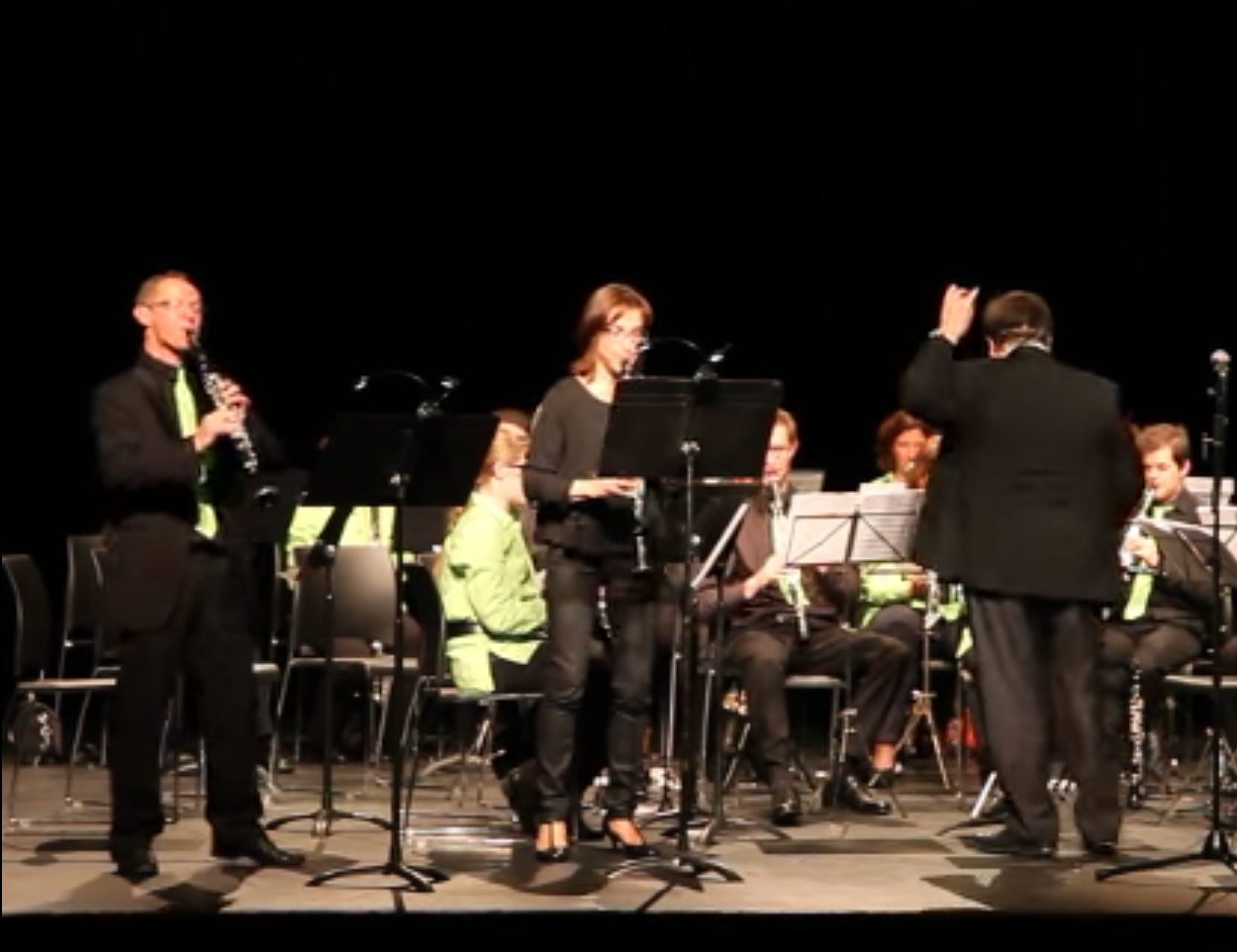 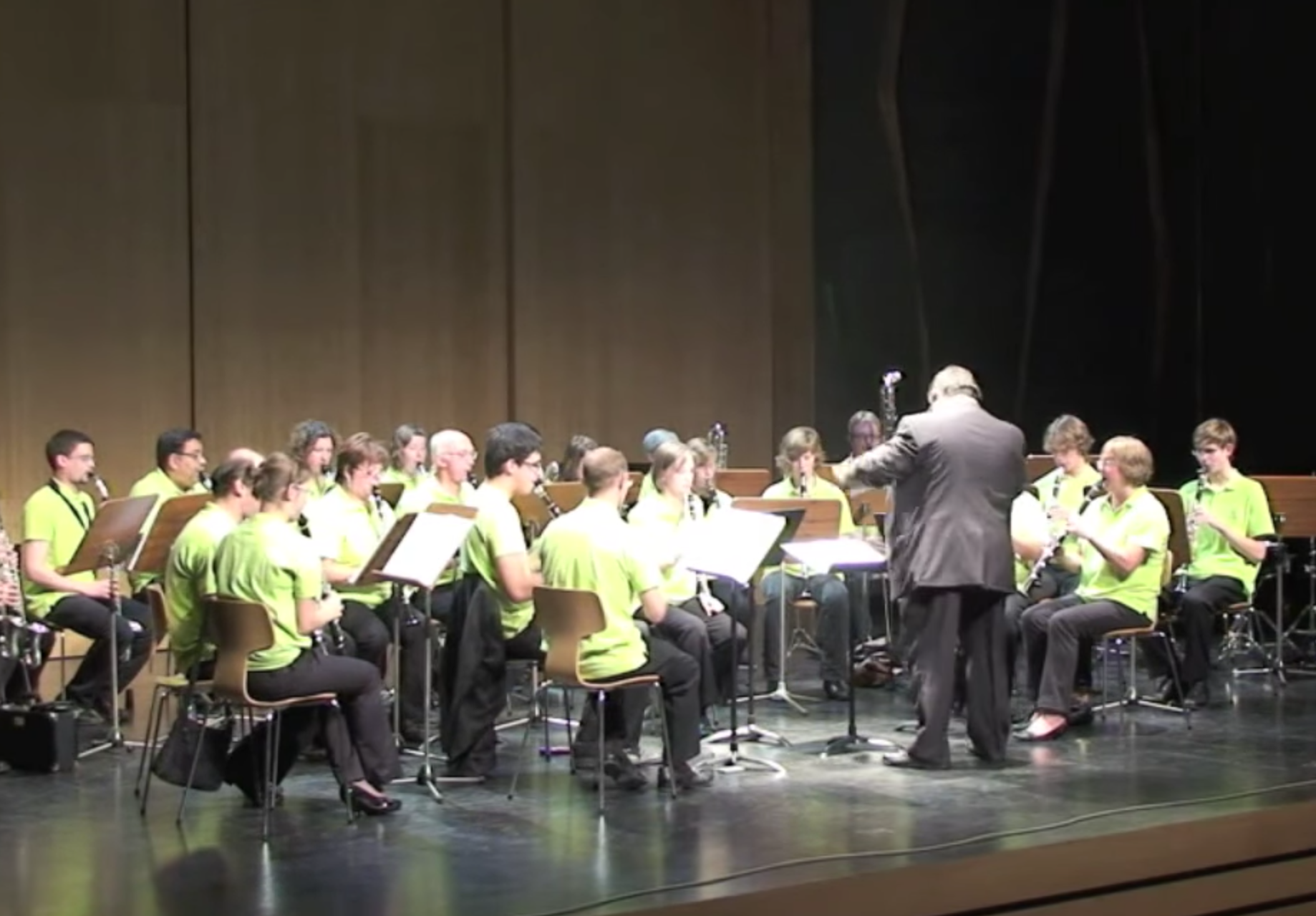 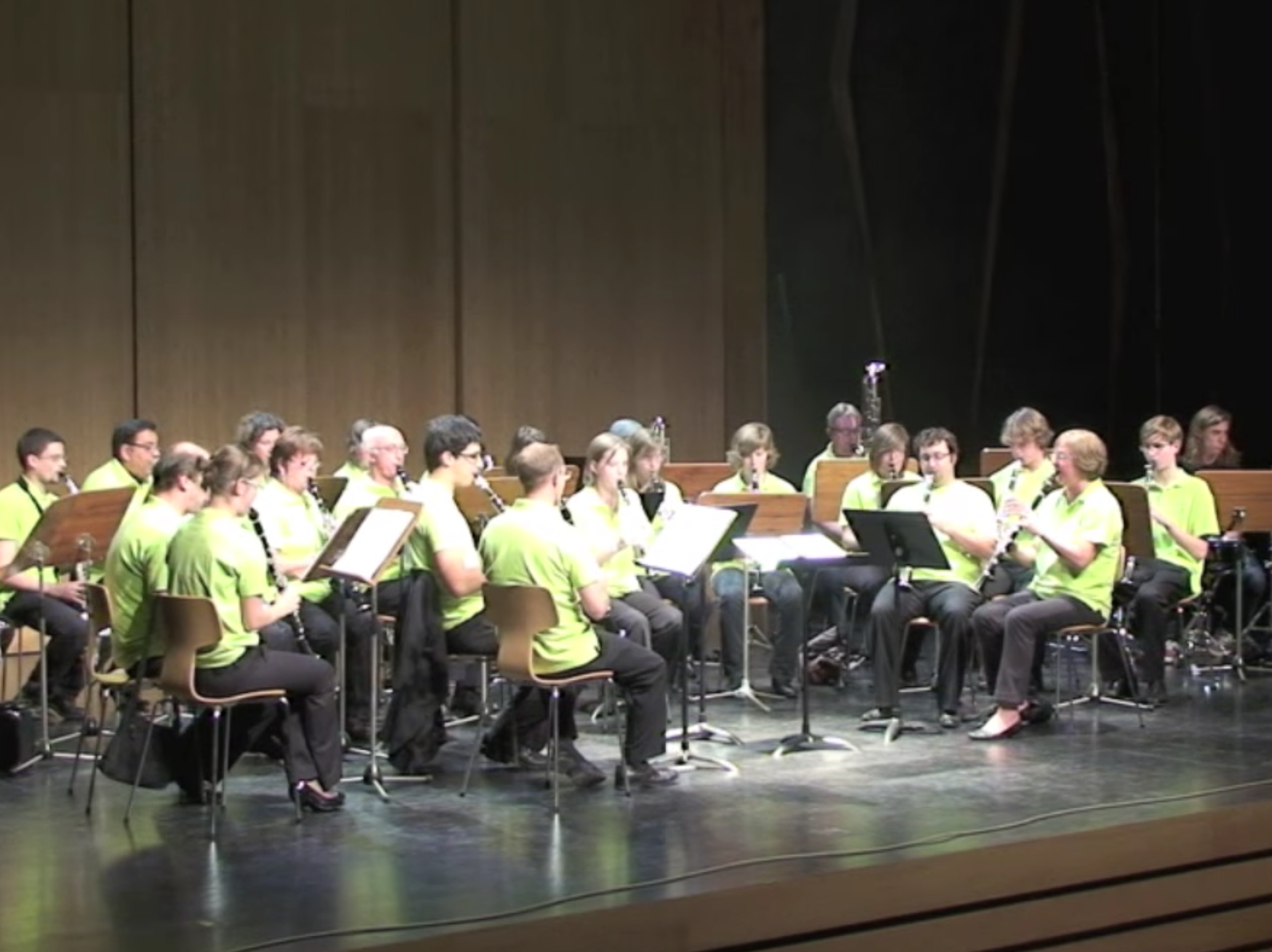 Would you like to get in touch with us?

Send an email to info@claribel.be or to any of the board members listed below. We will get back to you as soon as possible.